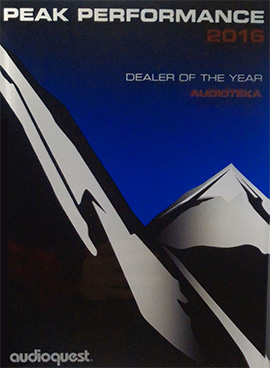 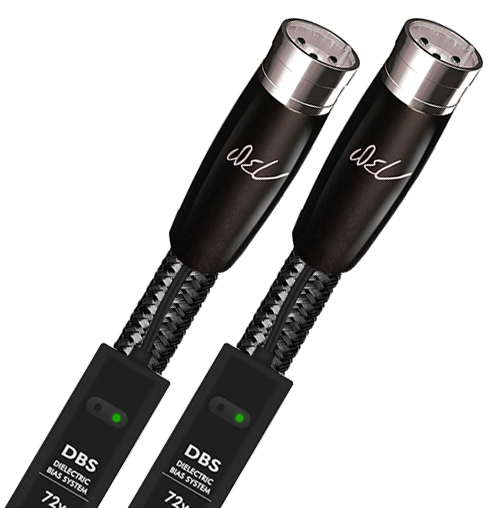 Greatly improved performance is made possible by a constant 72V charge on the insulation used in WEL Signature products. DBS puts a continuous DC voltage potential (DC bias) between a DBS-only conductor in the cable's center and an outer shield-like conductor. This keeps a cable's insulation fully polarized all the time, something no level of signal can come close to accomplishing.

The result is considerably more transparency and dynamics than possible even from a cable in continuous use, with equipment that is never turned off. Because DBS battery packs are attached when the cables are assembled, they do not require an additional run-in period. Because there is no "load" on the batteries, they will last for years. A test button and LED allow for occasional verification of battery charge.

Conductor material quality makes a world of difference in the sound of an audio cable. Since the surface of a conductor has 100% current density at all frequencies, the surface most defines the sound quality of the whole conductor.

AudioQuest's unique Perfect Surface metals start with very high purity silver to minimize distortion caused by grain boundaries that exist with any metal conductor. The metal is then drawn and annealed though a novel proprietary process which creates an exceptionally soft silver conductor with an astonishingly smooth and uncontaminated surface. Extreme high-purity solid Perfect-Surface Silver (PSS) is the ultimate embodiment of this conductor technology.

Strand interaction is the single greatest cause of distortion in cable, and one of the easiest to avoid. Whenever current crosses the oxidized contact between bare strands, the signal will be altered. In addition, the magnetic fields of the various strands are constantly interacting, causing confusion (smearing) and causing the contact pressure between strands to be constantly modulated. AQ's solid core conductors are the complete solution to this problem.

The electrical behavior of the dielectric (insulating material) is especially important in low level cables. Solid materials all affect the signal, and are best chosen for the nature of their distortion, for having a lack of discernible character.

Air makes the best insulation because it does not absorb and later release energy. The FEP Fluoropolymer Air-tubes used in several of the WEL Signature products have an inner diameter much larger than the outer diameter of the metal inside. Air becomes the primary insulation!

Noise, in the form of RF energy, is the mortal enemy of good sound. Our environment is more contaminated with RF than ever before due to the huge proliferation of RF radiating devices like computers and mobile phones.

Traditionally, RF energy is routed to ground through the use of a 'shield" consisting of either a braided metal or foil. This 'draining' of RF to ground causes a modulation of the ground plane, which in turn causes a form of signal modulation.

AudioQuest's Noise-Dissipation System greatly reduces the effect of this modulation. A combination of metal and carbon-loaded synthetics prevents most RFI from ever reaching the equipment's ground plane. The carbon-loaded synthetics have the ability to turn some of this RF energy to heat, to very effectively 'lose' this energy. Metal, used in a passive manner, acts as another method of dissipating and reducing the incoming RF. The result is dramatically less modulation of the signal, less distortion and better sound.

The three conductors in the this Triple Balanced cable ensure that whether prepared with RCA or XLR connectors, the positive and negative signals have equally low distortion conducting paths. The 100% coverage shield is never used as an inferior audio conductor.

Any single size or shape of conductor has a specific distortion profile. SST is a method for significantly reducing the awareness of these character flaws by using a precise combination of different size conductors. The different SST-determined conductor sizes used in WEL cables allow an exceptionally clear, clean and dynamic sound.

Signature RCA connectors are precision machined from High Conductivity Oxygen-Free Pure Copper Billet (99.94% +Cu) for all conductive parts. FEP Fluoropolymer™ is used as the main insulation material. A thick (100 micron) layer of silver is then directly plated over the copper.

Making the perfect connection between conductor and connector is not a simple process. There are three accepted ways to make the connection between a cable and an RCA or XLR plug. Solder is by far the most common method of connection. Resistance welding is clearly superior to even the best solder. However, just as solder introduces an inferior layer of differing material, causing distortion and reflections, so does welding. The alloy created at the interface of cable and plug is far superior to solder, but it is still an undesirable intermediary layer. After so much attention to the quality of the conductor and connector, the contact system deserves just as much consideration.

AudioQuest's new Cold-Weld System solves this problem with a superior connection that insures that the structural integrity of the conductor is kept completely intact. The Cold-Weld System refers to a combination of high pressure at the point of contact and the use of silver impregnated paste. 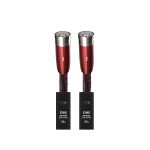 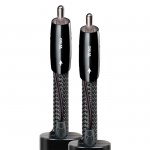 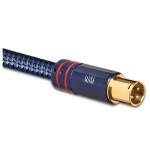